The move is not entirely unexpected considering the group powers the existing Hard Rock online casino. This expanded, omni-channel agreement appears to cover both retail sports betting on property and online/mobile wagering.

There’s no time like the present for such a step, as Hard Rock is playing a bit of catch-up. Its next-door neighbor, Ocean Resort, launched a William Hill sportsbook in tandem with its June 28 grand opening.

When Hard Rock opened that same day, CEO Jim Allen estimated 30-60 days before his property would have a sports betting partner teed up. Because of the brand’s ties to the NFL and the Miami Dolphins, it is not allowed to make its own books.

It took closer to four months, but the deal is all but final now. The GiG press release is brief enough to post in full:

“Gaming Innovation Group Inc. (GiG) has signed a Letter of Intent with Hard Rock International (Hard Rock) for the provision of an omni-channel Sportsbook platform in the newly opened New Jersey, US market at its Hard Rock Hotel & Casino Atlantic City.

The intention of the LOI is to execute an agreement and launch the Sportsbook in New Jersey in Q4 2018.”

There you have it, and on an ambitious timeline.

GiG is a turnkey supplier that will provide Hard Rock’s platform and risk management. It also has exchange trading capabilities, a concept that has not yet taken root on American soil. The company received its B2B licensure in the UK just last week, and NJ will mark its point of entry into the US sports betting market.

At the time of writing, it’s unclear whether or not GiG has an application on file with NJ regulators. It does have the hype video ready to go, though: 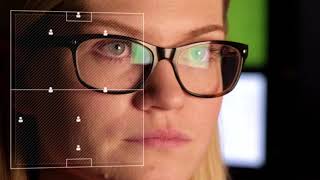 NJ sports betting regulations permit each casino to launch as many as three online/mobile brands under their license. If this deal comes to fruition, Hard Rock will have used up all three.

A partnership with bet365 was the first to become evident in July documents filed with the Division of Gaming Enforcement. Since bet365 is a consumer-facing company, the deal didn’t offer many clues about Hard Rock’s in-house solution.

A month later, it added Kindred Group to the fold. Kindred operates the gigantic Unibet brand in other markets, where it competes against bet365 and others. Again, though, this is just a “skin” deal that facilitates a Unibet debut on this side of the pond.

The rest of the picture is now in focus. Thanks to GiG, a self-branded Hard Rock sportsbook will round out the three-pronged network.

Resorts AC is the only other NJ property that has used up its allotment of brands so far. In addition to its eponymous platform powered by SBTech, both DraftKings Sportsbook and BetStars fall under the Resorts umbrella.

If Hard Rock sportsbook is the next to launch, it would be the ninth platform to hit the market. Here’s everything else we know about NJ online sports betting to date.